The Masterclass “Italian original products: they make the difference!” , held on 5 July in Breda,  was organised by the Italian Chamber of Commerce for the Netherlands as part of the True Italian Taste project, promoted and financed by the Ministry of Foreign Affairs and International Cooperation to increase awareness and consumption of 100% Italian products.

The event has been held at the Ingenhousz hotel (member of Euro Toques ) and was attended by final year students from the Cas Spijkers cooking academy (in Breda) https://casspijkersacademie.nl/ . 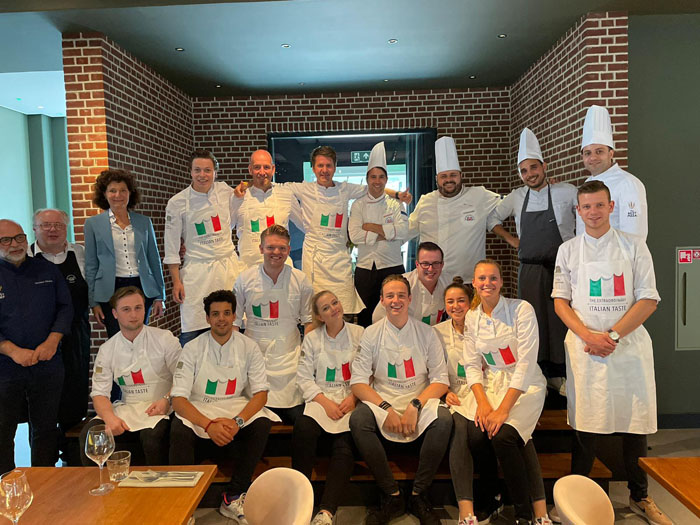 The academy is a high education institution where young chefs are admitted only after an entrance exam/selection. The patron of the academy, who has three locations – Breda, Nijmegen and Twente,  is ***Michelin-starred chef Jonnie Boer of the restaurant De Librije in Zwolle. 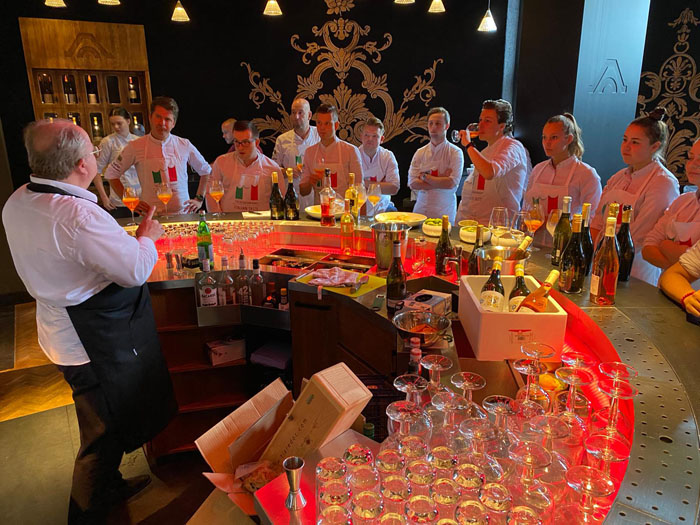 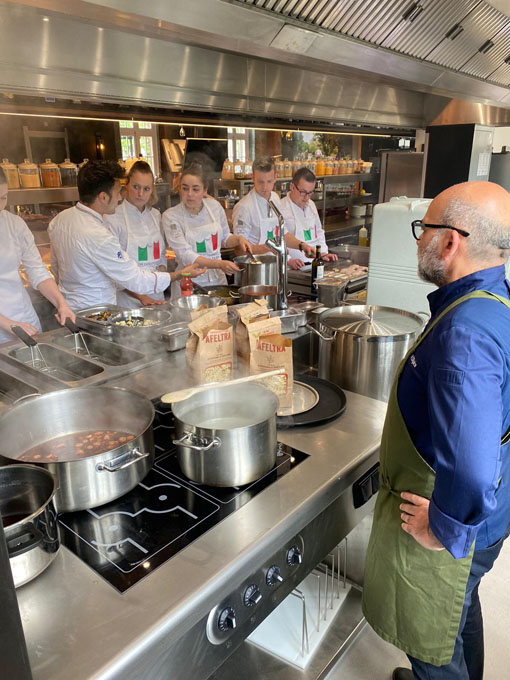 The students have been able to prepare the menu under the expert guidance of the chefs, using DOP /IGP products specially inserted into the preparations to enhance their characteristics. The message of the lesson: “if you want to cook Italian, the best result will be obtained ONLY by using original Italian products”. Tasting of different Prosecco, preparation of the Spritz and the concept of the Italian aperitif were the opening themes (Mortadella DOP/ Pistachio from Bronte DOP/ bread from Altamura DOP/ Mozzarella DOP/ Tuna bottarga. Then, Gragnano IGP pasta / ‘nduja / IGP Sorrento lemons. 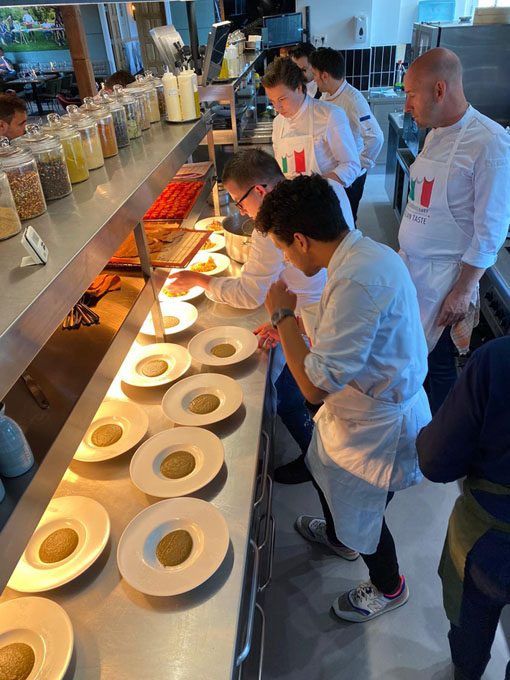 Followed by the preparation of a first course, a second course and a tasting of DOP balsamic vinegars with different ages has closed the day.

The event was the first of a series of collaborations that we hope to set up in the future, as we believe that the training of young local chefs is strategic for the spread of the culture of the “original product”. 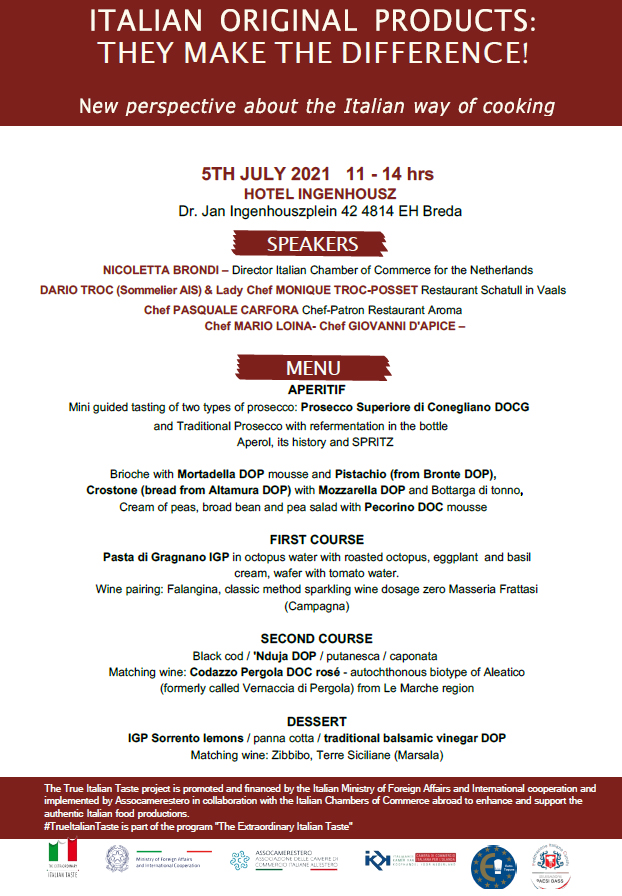 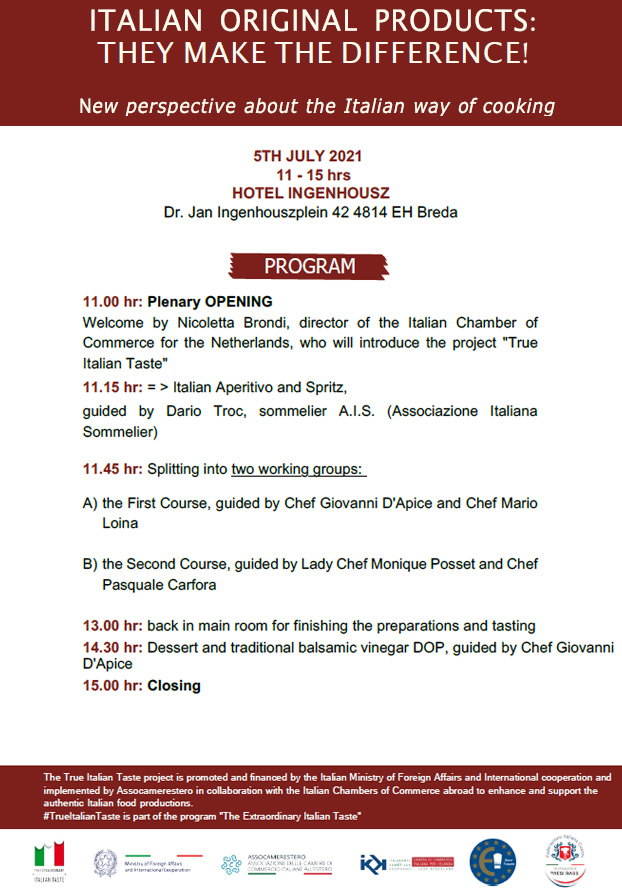 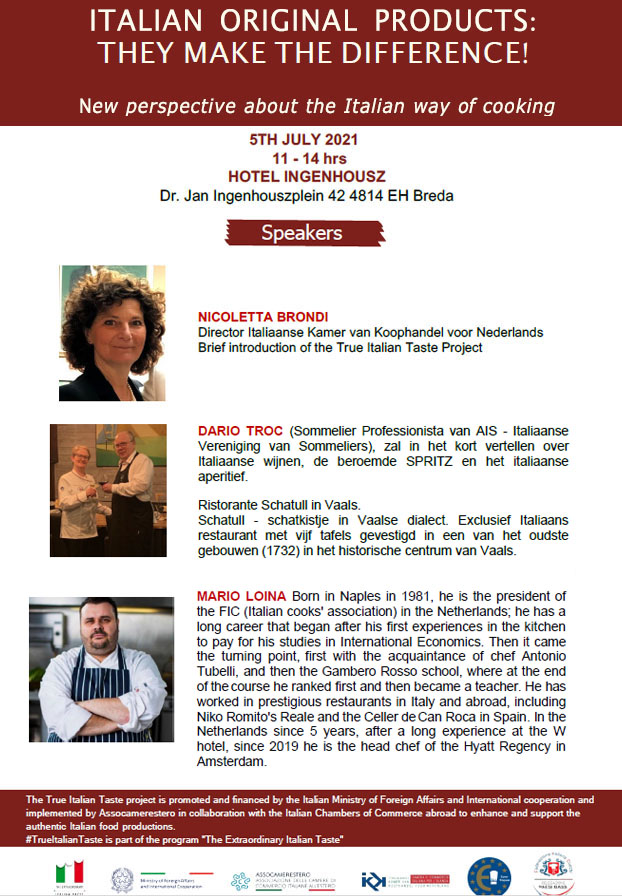 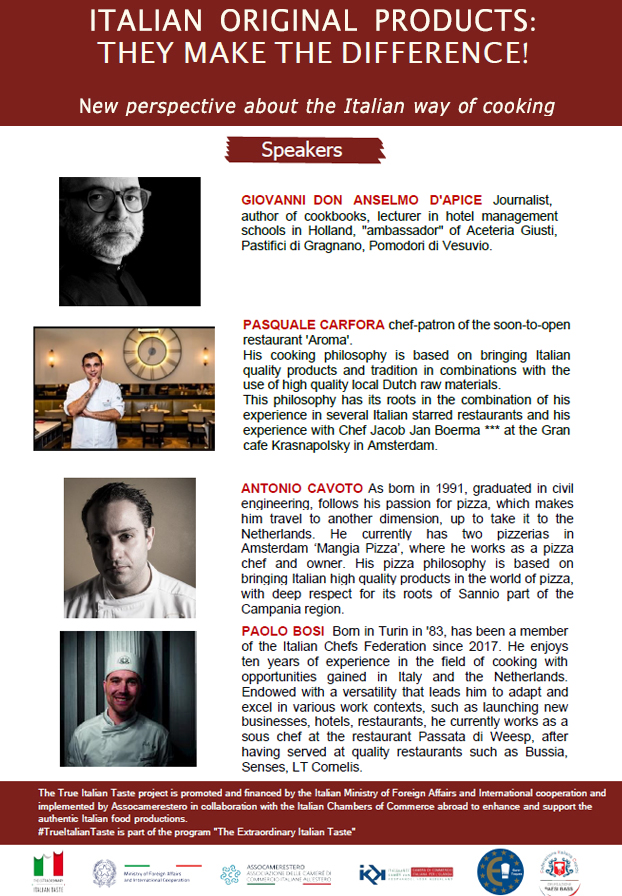